On 10/10/2018, Contactum issued a Product Safety Notice in response to two instances where the Main Neutral Cable within a Defender Consumer Unit had experienced heat damage on the Neutral Terminal.

The two cables of concern were of an old design, which had been superseded and therefore, Contactum decided to immediately embarked upon a cable replacement program for potentially affected products whilst it undertook its investigations both on-site and within its Manufacturing Operations.

The on-site investigations showed that unusually both Installers had removed the DIN Rail with its Devices from the Consumer Unit, which would have required the Neutral Cable to be removed from the Neutral Terminal, however, the heat damage was of such extent that this could not conclusively be identified as the cause of the problem.

As part of this exercise, Contactum also recalled stock held at our Distributors to ensure that any further potential quality issue would be stopped before it entered the market place.  Furthermore, it immediately began assisting concerned Electrical Contractors to undertake a Cable Replacement Program, where Consumer Units were identified as including the old design of Neutral Cable.

Alongside this, Contactum carried out in-depth QC analysis of the production facility to establish what potential issues during the manufacturing process could contribute to the circumstances found.

This identified several potential scenarios where a faulty cable could contribute to temperature rise issues and therefore Contactum began an intensive Test Program, both in the Laboratories of its parent company and at an independent Third Party UK based Test Laboratory.

The tests were carried out at elevated load currents far in excess of 100A to simulate potential short term load conditions of an upstream HRC Cut-out Fuse.

All tests were as per IEC61439-3 with consumer units installed with a range of Protective Devices (MCB’s; RCD’s and RCBO’s)

Tests were carried out on a variety of Neutral Cables types based upon both previous designs and the current cable design.

Pre-conditioned “Test” Neutral Cables were produced to simulate the potential cable faults identified, which could lead to temperature rise issues (reduced CSA due to broken strands and loose terminal crimps)

Tests were carried out with all Neutral Cables installed to Contactum’s recommended torque settings.

Further Tests were carried out with the Neutral Terminal Screw untightened.

It was found that with all cables under test, including the “Pre-conditioned Test Cables” where faults had been deliberately introduced, that even at the elevated Test currents, as long as the Neutral Terminal Screw was tightened to the correct Torque, no heat damage occurred.

It was found that with all cables if the Neutral Terminal Screw was not tightened as per instructions, that the resultant heat damage was of a similar nature to those found during the initial on-site issues, (note however, to achieve similar heat damage, the Terminal screw had to be fully unscrewed making no appreciable contact with the neutral cable)

Following the initial issues in the market, Contactum immediately took decisive steps to ensure that any further potential issues were eliminated before they could enter the market.

Contactum then completed an exercise of full failure mode analysis of the Neutral Cable design and followed this up with extensive testing to identify the potential root causes. This testing found:

In light of these Test Result findings and the fact that in both cases of on-site damage, the Installer had temporarily removed the Neutral Cable from the Neutral Terminal, and furthermore during the Safety Notice no other evidence was found which resulted in similar fault conditions to be found, Contactum are satisfied that the actions undertaken have as far as is reasonably practical, identified the fault to be caused by Installation error and not the result of faulty product.

Contactum are therefore closing this Safety Notice and its associated actions from 10/05/2019. 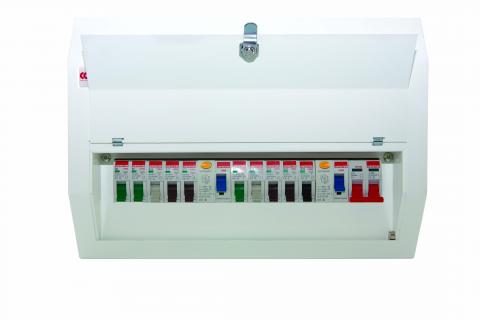 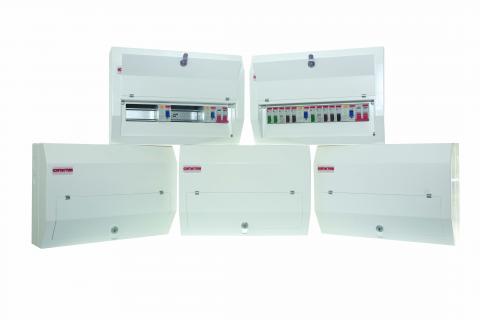